Exploring the Akash: The Tesseract, the Caduceus, & Free Will Choice 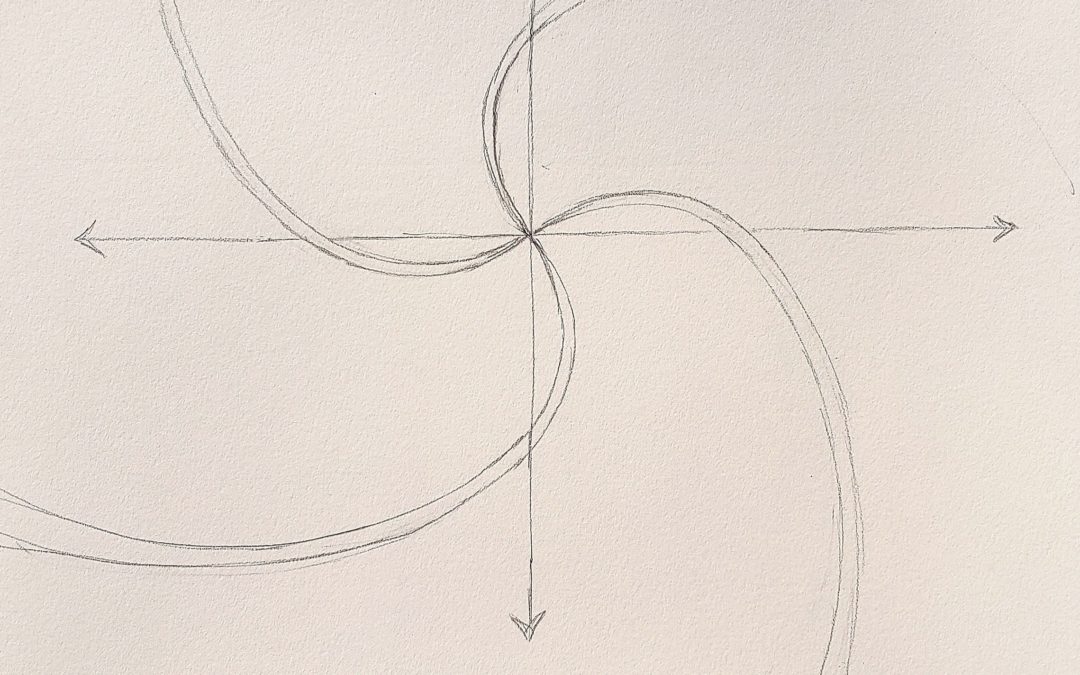 When I do energy healing work with clients, I include a channeled drawing to accompany each session. A Soul Visioning drawing is a portal both for healing and for messages to come through from the Aetheric realm. While these images are intensely personal, they are at the same time almost always universal as well.

Often, a session drawing will depict a spirit guide, angel, or animal guide showing up for the person. Sometimes, it comes through as a symbol or sacred geometry.

Not long ago in a Soul Visioning session, we were given the above image (shared with the client’s permission). Along with it, I got the distinct message that it is a geometrical representation of a “tesseracted caduceus.”

What the heck is a tesseracted caduceus?

I felt intuitively that there was a great deal of information encoded in this drawing that was meant to be brought forward into the collective awareness. So, I began to look into its meaning.

I knew that the caduceus is the winged, serpent-entwined staff that has become the universal symbol of healing. (It also happens to resemble strands of DNA):

But a tesseracted caduceus? What was that?

So, I turned to the Aether itself.

Here’s what my Akashic guides had to say:

(I’ve bolded the lines that stood out to me as most impactful, at least to my mind in this present moment).

(Please explain the meaning of the Tesseract.)

“You are in a Tesseract right now, as you drop down into deeper levels of the Mind [meaning accessing the Akash].

“A Tesseract is an expansion of Mind, an expanded expression of Mind.

“It is expressed in sacred geometry through the expanded cube, but the phenomenon of tesseration is by no means limited to the simple geometric forms.

“For in fact all forms have geometry, and all can be subjected to this fourth dimensional experience.

“A time warp is a tesseract in time.”

(What happens to the Mind as it goes through a tesseration?)

“The mind gets fragmented, and then it must come together as a unified whole, yet in an entirely different way. Just as you can combine carbon atoms in different ways to make completely different substances.

“In actuality there is no fragmentation since it is all happening at once. Yet when seen from a 3D perspective it seems like portions are fragmented or lost because not all of it can be seen from any given point in 3D.

“This is why you can be whole and yet appear to be broken.

“The image you were given is an attempt to describe on a 2D surface in a 3D world a 4th dimensional concept that is the basis of 5th dimensional stability.

“This as you have been given to understand is the Caduceus tesseracted.

“As this concept sinks in, it will allow the generation of new aetheric tissue in your physical field that will precipitate levels of healing that many in your world will call miraculous.

“In using the word Miracle…you are choosing the way of the Tesseract. That word is a portal point. Use it often, and use it well – meaning in good faith and with pure intention. Do not take the credit for miracles. It is a natural phenomenon of the Universe – the movement of Source through the Aether.

“A “miracle” is nothing more than the natural effect of an open mind upon the Aether. It must happen in the context of pure acceptance of all that is and a love greater than the constant counteracting force [resistance] of the universe.

“It takes an act of will to move past equilibrium [I was also given the word complacency here] in the direction of greater expansion. But once the zone of equilibrium has been transcended, things become weightless – the Zone of Miracles. This is the region of free will in alignment with the Laws of the Universe. And yes, it is the realm of joy, for joy itself is the stuff of miracles.”

Wow – heady stuff! But to me it’s helping to expand my concept of the process of consciousness expansion we’re experiencing on the planet right now.

How about you? When you look at the drawing above, what do you see in it?