The 4 Stages of Shadow Work: Part 1 – Into the Darkness 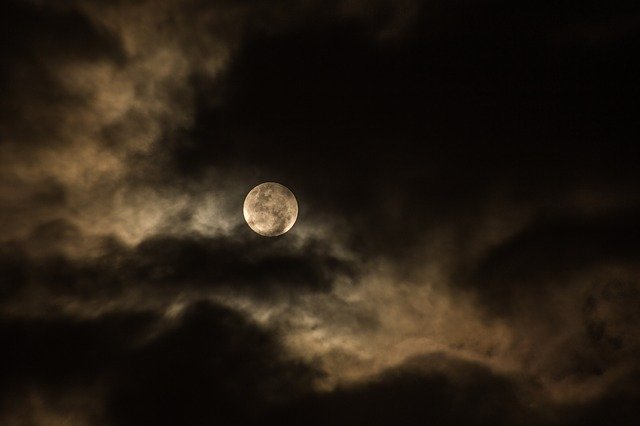 I recently took a hike down to the Rock River near where I live in the Upper Peninsula of Michigan. The path takes you on a decent down through deep woods into the watershed. The hike down and the return to bright, sun-washed fields poignantly reminded me of the soul journey of descent, and rising back up in the spiritual ascension process—almost a ritual enactment of shadow work.

Meditating on this during the hike, I was given insight into 4 stages of relationship with the shadow self, the “dark side” of the psyche. These are stages I’ve observed many times over in individuals (myself included!) If you observe what is unfolding now in the greater collective, you will see these patterns there as well.

The 4 stages of shadow work include:

Part 2 of this blog will address stages 2-4. But before we take a deep dive into Stage 1 in this article, let’s shine a bright light on Darkness itself.

The Nature of Darkness 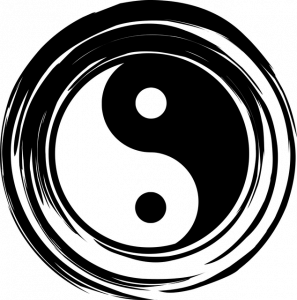 It’s important to realize here that the Dark is something that’s part of nature.  This is reflected in the first Universal Spiritual Law, the Law of Divine Oneness: everything is one with Creator, unified in divine love.

If you look at nature, there are always polarities of light and dark. We see this in the seasons. We have the dark season, the winter, and the light season. We see this in the cycle of the days. Darkness is actually a part of us; we each have a dark as well as a light side. This is something that ancient spiritual traditions recognize and honor.

So “dark” doesn’t necessarily mean evil.  In actuality, dark is simply an absence of Light. Where that absence is present, creates a kind of portal. It opens up a channel for energy to move in hidden ways, inwards and downwards. The effect is of a powerful downward pull, a vacuum. In time-space, we call it a black hole.

In the absence of sufficient quantities of Light, which provides a catalyst and lifeline for rising back out of the darkness, this black hole energy can become a  place of no return—the Dark Mother/Dark Father, consuming all that falls into it.

However when operating in its positive aspect—properly balanced with and supported by light energy—this “going within into deep darkness” is actually a very important part of the creative cycle. It represents the womb space, the element of deep Earth, and ultimately the Void—which represents both the ending and the beginning. It is the cradle of time-space, and an important element of manifesting into physical reality.

Stage 1: Identification with the Shadow Self

So stage number one of shadow work I call identification with the shadow self. I think it often starts at an unconscious level, where we kind of get sucked into the dark side of ourselves—often a result of traumatic experiences that we’ve gone through, whether in this lifetime or past lifetimes.

When we identify with that dark self, sometimes it manifests as sort of a wallowing in the darkness. Turning to the darkness for solace in a way, especially if we’ve had traumatic experiences that we haven’t fully integrated.

I believe this identification-with-the-dark stage is actually a very important part of the healing process, because we get to fully feel the effects of the dark and really bring it home.

A lot of times you will see very creative people, like artists, spending a lot of time in this dark phase.  It happened to me as a teenager, a little bit. I wasn’t quite goth, but some of that stuff, like wearing black and being attracted to melancholy things, felt comfortable to me at that time.  In those dark phases you’re digging into some deep, deep stuff, and that can fuel a lot of the creative things that come forth.

Remember, the dark side isn’t always evil.  It can help us to tap into those creative powers, that creative womb energy. But it has to be done in correct balance with light in order for it to be life affirming or life supporting. When the dark side goes out of balance with the Light, these energies can be inverted in a way that that can become very, very destructive.

Shadow Work Phase 1: What Shadow Identification Can Look Like

Left unchecked, that downward-flowing energy can have the effect of pulling you into lower and lower frequencies of being. Outwardly, this can manifest as things like:

So this first stage of identifying with the dark can take a very, very destructive pathway.

Apparently there are some people whose soul probably just needs a little bit more of that identification stage, but the danger is that you can really get sucked into it. And that’s what can happen when people get into certain dark occult practices. They’ve identified with the dark to such an extent that it’s become their identity.

So that is one of the real dangers of this phase is to be caught into this dark cycle. It is literally black hole energy, and it takes a LOT of psychic power to pull out of it.

This identification-with-the-shadow stage can be unconscious. That’s where we often see artists and cultural creatives just kind of expressing it, which can actually be a positive way to work through it. Alternatively (or often simultaneously), it’ll get played out in terms of addictions, extreme anxiety, depression, etc.

Or it can also be conscious. And that’s where you’re going to start seeing spiritual practices that can be very, very harmful and destructive to self and others. Often, other people are targeted as victims. However, it’s always harmful to the practitioner too—although they may not be aware of it right away.

The Great Deception of the Shadow Side

What can happen if a person gives themselves over to the dark, is that they can feel a sense of power out of it. And what’s happening is that it’s gripped them and it’s actually eating away at them, but they don’t realize it because it feels like they’re empowered. It may feel to them like they’re being given special gifts or special powers, or that they’re specially chosen. The reason is because they’re drawing on other people’s energies, they’re really being an energy vampire. But it will always eventually eat away at the self. Remember, this is black hole energy! 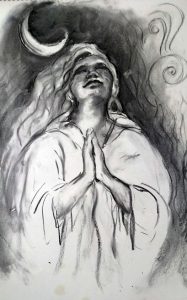 So to recap, when we start working with our shadow side, there’s a definite power that we tap in to. But it needs to be in balance with the light side in order for that power to be used in constructive, life-affirming ways.

At this stage where we’re just identifying with the shadow, it’s not in balance. And that can be really, really destructive.

It can be hard to understand why people get caught up in satanic or demonic practices. But if you subscribe (as I do) to the philosophy that ultimately we are all One, one must trust (without giving ourselves over to it) that somehow it’s part of the greater pattern.

Whether conscious in the form of dark occult practices, or unconscious in the form of addictions and mental, physical, or emotional imbalance, sometimes we need to experience a certain degree of negative darkness in order to trigger us to want to change. Sometimes I think we need to hit bottom, to hit that deep dark part of ourselves before we can start back up into the light.

But then at a certain point, a person hopefully will realize they’ve just had enough of swimming in darkness and there’s this realization of: “Got to turn to the light!”

And that brings us to the second and subsequent phases of relationship with the dark side. Stay tuned, because we’re going to explore the next 3 stages of shadow work (and spiritual ascension!) in the next blog!