Cobweb Symbolism: Spiritual Meaning of Spider Webs in Your Home 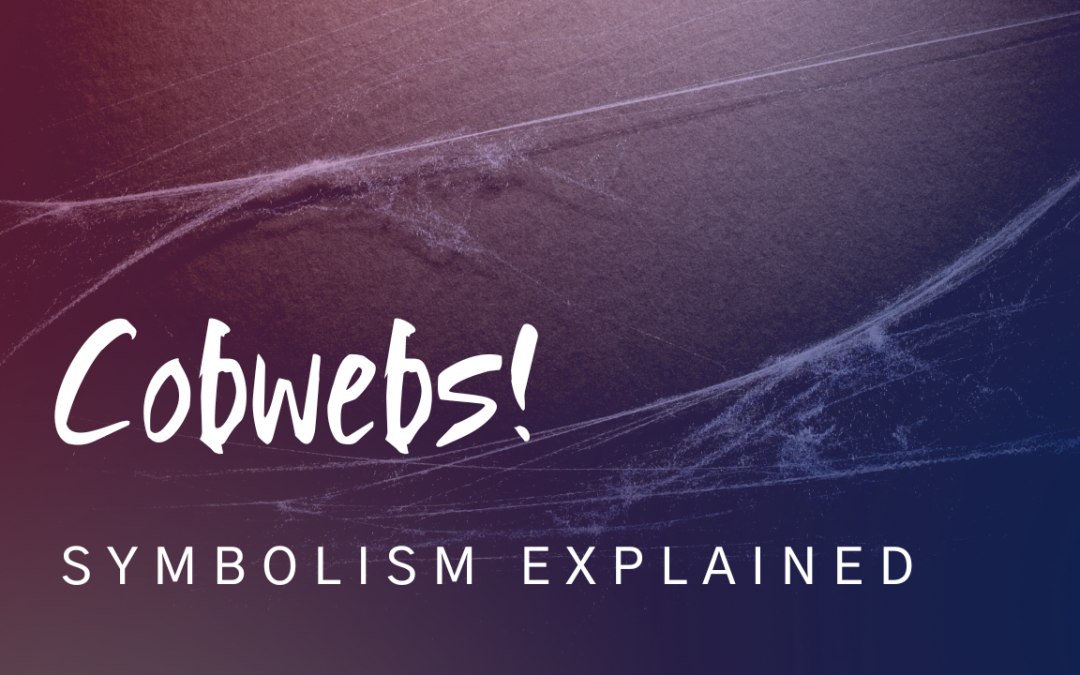 I’m writing this article because I just had a cobweb epiphany which led to a deep understanding of the spiritual meaning of spider webs.

Have cobweb spiders been invading your home recently? Or have you dreamed of cobwebs and are curious to know what it means?

Then read on! In this article I will share:

So Here’s How My Cobweb Meaning Epiphany Happened…

Like so many flashes of insight, mine began in the shower.

Well, not exactly. The shower itself was pretty ordinary.

It was only when I stepped out that they caught my eye.

Cobwebs. Tons of them! All around the edge of the room where the ceiling meets the wall.

I’m kind of short. And I often take my glasses off in the house. So I guess I didn’t see them because they weren’t in my field of view and they were so fine they didn’t show up well.

But now the bathroom was full of steam from the shower. And now that the water had condensed onto the webs, each little thread stood out in sharp detail, loaded down with silvery droplets.

I toweled off, threw on a t-shirt and pair of jeans, grabbed the vacuum, and set to work.

“What On Earth Could the Spiritual Meaning of Cobwebs Be?” 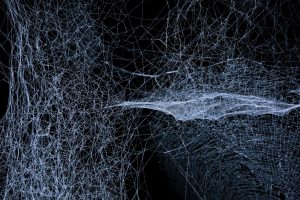 At first, I was just intent on removing the webs.

I respect spiders. I really do. They perform necessary services in Nature. And most cobweb spiders are completely harmless.

My philosophy has always been one of respectful toleration most of the time.

But that day, something in me snapped.

These webs were everywhere. It was like an army of spiders had invaded my home. And half of them were carrying egg sacs.

You know that story about the goddess Kali where she goes on this bloodthirsty rampage and just can’t stop?

That was me, going after spiders.

The bathroom was done. I kept going, room after room.

It took me an hour and a half to vacuum all the corners of the house.

Which gave me a lot of time to ponder and download the spiritual meaning of cobwebs.

But before I share what I learned, let’s first take an overview of the general spiritual meaning of spiders and webs.

In general, I consider Spider to have a deep connection with the sacral chakra. So here we’re dealing with the energies of creativity, sexuality, and abundance (including money). The sacral chakra also is connected with the emotional body. So there could be deep emotional feelings or even emotional wounds involved.

As mentioned, most cobweb spiders are super harmless. There are exceptions however, including the infamous black widow. So it’s a good idea to identify what kind of spider you’re dealing with. 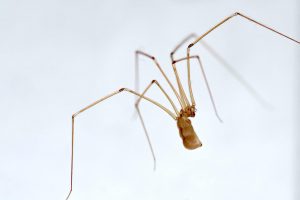 Cellar spiders in your home could mean you’ve got some long-standing emotional stuff coming up to be healed!

Knowing what species of spider you have can also help you fine tune the spirit message it may be bringing you. In my case, I had an infestation of cellar spiders. These guys often hang out in cellars because they like high humidity. We don’t have a cellar, but we don’t have central air either so it can get a bit humid here in the summertime.

Spiritually, to me these guys are indicating that I was facing some very deep emotional stuff that is finally coming up to be cleared. However, these spiders are very thin and frail, so it doesn’t seem like stuff that will be hard to deal with. Not like a huge water snake surfacing or anything like that.

As far as spider web meaning is concerned, there are positive and negative ways to interpret it. On the positive side: creativity, beauty, self-expression. On the negative side, entanglement, entrapment, and “sticky” energy that doesn’t want to let go.

But most of the time when people talk about the spiritual meaning of spider webs, they are referring to the classic orb spider web. The webs with the pretty spiral or radial patterns. The ones you see in pretty photos with dewdrops hanging off them.

So what does it mean to find or dream of cobwebs? Here’s my take on it.

Spiritual Meaning of Spider Webs in Your Home

These cobweb meanings are mostly going to be negative, just because for most people cobwebs aren’t exactly welcome in the home.

However finding them can actually be a good thing.  Cobwebs can show up as a helper message to help us get back on the right track if we’re not quite aligned with our highest purpose.

Spiritual meanings of cobwebs can include:

Don’t feel bad at being neglectful. You might have been really busy, or ill, or just distracted. But if cobwebs are coming forward, perhaps it’s time to look around and see what (or who) needs your attention. Even if it’s a little thing. Taking care of it now can save a lot of time and trouble later!

(If this is you, getting more sleep, cutting down on commitments, and/or investing in productivity tools like this one could be good solutions for you!)

Keep in mind when looking at the spiritual meaning of cobwebs that these spiders are small, weak, and pretty harmless. We’re not looking at big, hairy monsters here, or huge emotional wounds that need tending to (unless possibly you are dealing with black widows or another venomous variety of cobweb spider, but these are very rare.)

Most of the time these are little things that can easily go unnoticed. And just one or two probably won’t hold you back too much. It’s when their numbers explode that things get out of hand. So it’s a matter of awareness and not letting little things add up. 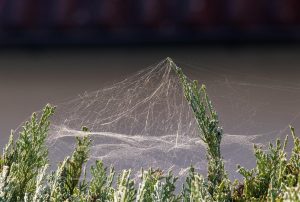 Want to Know More About the Spiritual Meaning of Spider Webs and Cobwebs?

If you have found yourself nodding your head when reading about any of the above cobweb symbolic meanings, likely you might be asking yourself: “So what’s next? Now that I’ve found the spirit meaning of cobweb that resonates with me, what do I do about it?”

If so, you may want to consider watching the video accompanying this blog.

In it, I share 3 core emotional and/or behavioral issues that lie at the root of “cobweb energy” showing up in your home. Plus, 7 suggestions to help you clear out the spiritual cobwebs in your mind, energy field, and home!

Did you find this blog helpful? Please consider leaving a comment below!