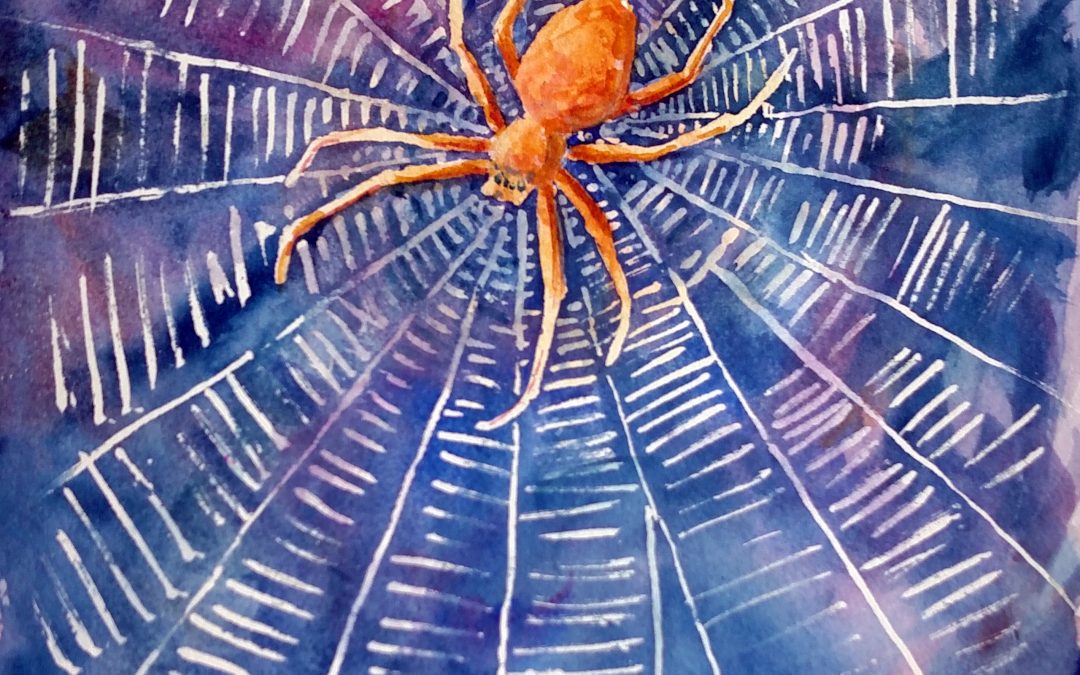 Spiders. They evoke our wondering admiration, and our horror, both.

On the one hand, we have the miraculous, ethereal beauty of a spider web, like a garment woven for angels. On the other, a horrifying entity creeping into our nightmares, or emerging from the darkest imaginations of a Tolkien or a J.K. Rowling.

Why do Spiders, more than any other animal, elicit such a spectrum of emotion?

I believe it’s because, more than any animal I am aware of, they embody the power of the Deep Feminine—an energy that is deeply misunderstood in our culture.

The thing to remember is that feminine energy is all about connection. This is what makes it so super powerful. On the one hand (in its Light aspect) it’s the driving force behind Oneness. On the other (in its dark aspect) it can be horrifically manipulating and subversive.

Here are just a few of Spider’s powers:

Whew – that’s quite the list! So if Spider appears to you, be aware that she may be pointing out tendencies towards any of the above in you or someone you’re dealing with.

I’m not going to go super deep into Spider symbolism here (if I did it might take all night). And I am definitely not in the mood right now to delve into its dark aspects. (Although I just released a Spider video that touches on the topic.)

For now, I want to focus on one of Spider’s strongest and most positive aspects: Creativity. The act of Bringing Forth.

Spider is an absolutely fantastic power animal for anyone wishing to expand their creative abilities, and especially for creative people wanting to make a living from their skills. A few thoughts:

Well, like I said I could sit here riffing on Spider all night. But I’d like to get some sleep. So if you want to know more about Spider, check out my latest YouTube video here. (And discover a simple exercise you can do to open yourself up to a more feminine, creative style of vision.)

(P.S. Next time you find a Spider in your house, please don’t smash her. Find yourself a yogurt tub with a lid and gently remove the little artist outside where she can spin her dreams in peace.)

Do you feel a connection with Spider? I’d love to hear your thoughts below!