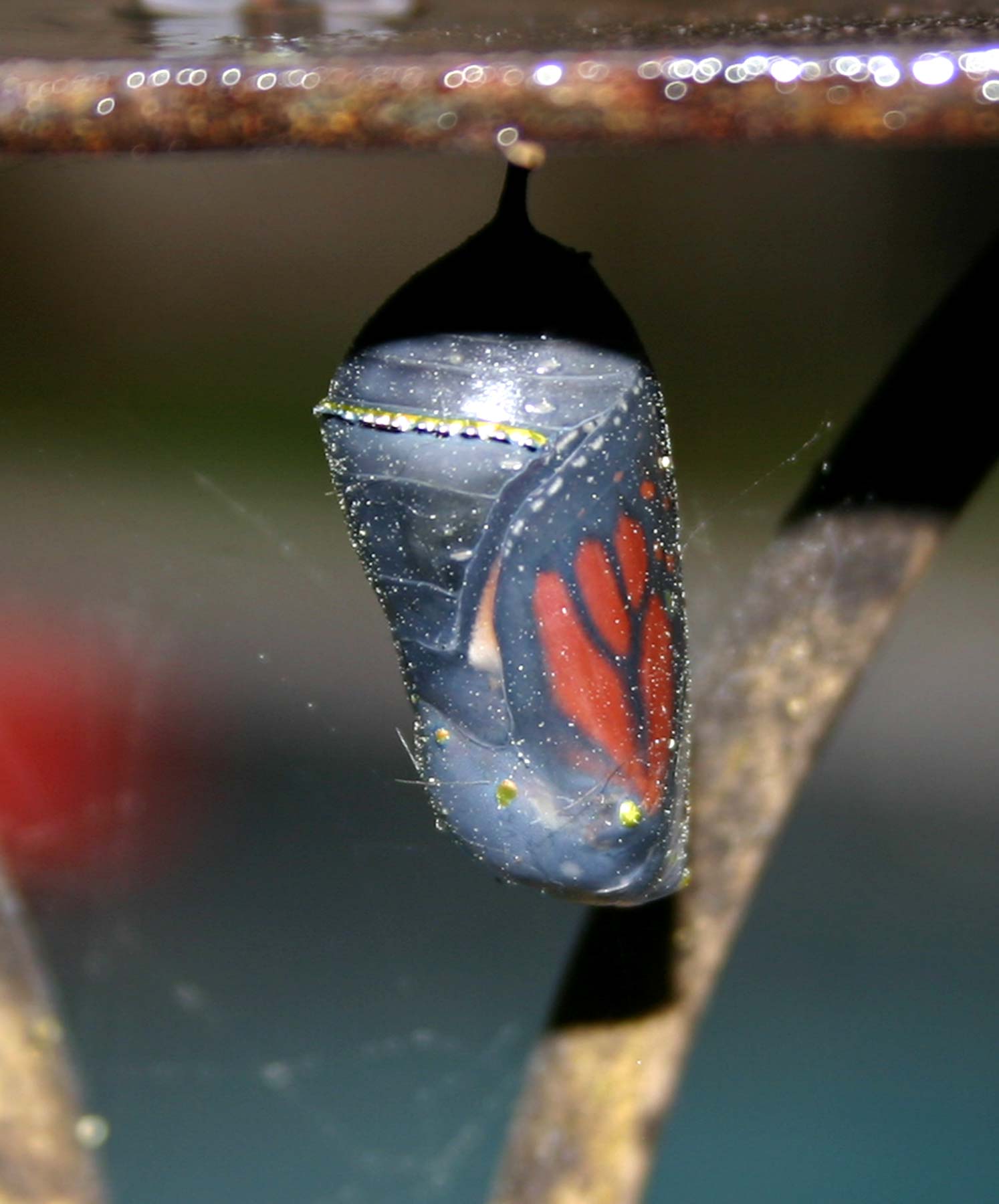 I read somewhere once that when a caterpillar enters its pupal state, it literally breaks down into a sort of organic goo.  From there it  completely restructures into a mature butterfly or moth before it breaks out and spreads its wings to fly.

This year has been like that for me.  A year ago I felt I had come to a standstill in nearly every aspect of my life.  No matter how much I tried nothing seemed to want to break loose.

Finally, I stopped trying.  Like the caterpillar, I stopped attempting to crawl forward, and cocooned up in a safe, limited environment.  Frankly I would have liked to have gone into the forest to hibernate, but as that was not possible I followed my gut.  I stopped seeking new clients and accepted full time paid employment.

It was not my ideal job.  In fact in many ways it sucked, but it allowed me to pay the bills while I detangled the various strands of my life.  I began to realize that it didn’t matter what I did, I was still me.  That regardless of what accomplishments I achieve (or whether I achieve them at all) I am still valuable for simply being the human being that I am.

(Of course this is just as true of you, and of every human being who walks the face of the earth.  We are each a beautiful child of God, no matter how lost or frightened or alone.)

About last January or February, I decided to take a class in Reiki.  Two weeks later I took Reiki 2 and began to practice it seriously, along with daily prayer and meditation.  I began to start each day with a blessing, and with gratitude.  Rather than try to control or conquer the problems in my life, I began to ask that my problems be resolved for the highest good of all involved, and left it to the Universe to work out the details.

And from the goo of my life, a new structure began to form!  Within 5 months my husband found a new job where he finally is getting the recognition he deserves.  I have taken over managing his business for the present year, which is able to pay me on a part time basis more than I had been making full time at the job I hated – and is allowing me the time and resources to build a career based on my true life’s purpose – to use my creative talents to their highest potential.

We truly do manifest our own reality.  Destiny is ours for the choosing.  I’ve tried crawling – now it’s time to fly!